I snapped this Instagram picture on the way to meet a couple of filmmaker buddies for a few beers tonight. At the time I entitled it "Weeds". 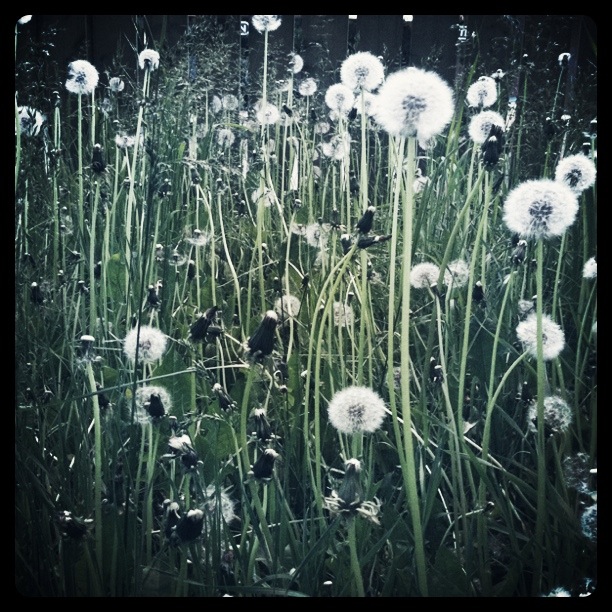 I met with my friends and of course there was much discussion of film making and photography. Sometimes the conversation veered a little and Instagram popped up. The one fellow, an accomplished film maker, had never heard of it so I showed him my shot I made tonight and explained the phenomenon. Upon seeing the photo, he said, "it's beautiful". The comment immediately struck me. Of course it's beautiful - that's why I made the picture in the first place. At that moment I realized that the title was inappropriate. They were not just weeds, they were "beautiful" weeds.

Keep shooting.
Posted by Steve Coutts at 1:07 AM