I had the good fortunate today to work with Tyla to create some images for her website. The images were yoga-centric and about three quarters were shot indoors on white seamless, as shown by the image below. Continue reading...
Posted by Steve Coutts at 8:44 PM No comments:

Had a fun shoot tonight with Annie. Continue reading...
Posted by Steve Coutts at 11:03 PM No comments:

I follow Chase Jarvis on Twitter and from time to time troll by his blog. The other day I caught a tweet about Zack Arias and oh boy I am so grateful I did. That particular day Chase had Zack on creativeLIVE. I was able to catch a live interview with Zack and they were conversing about Zack's Studio Photography workshop. Thank goodness I caught that interview because I found out about Zack's workshop that ran this past weekend. My busy schedule only allowed me to see some of the live broadcast (which was completely FREE by the way) over the weekend but I purchased the presentation and have been watching it for the past few days. And, I just have to say, WOW! Zack is a humorous, engaging and very knowledgeable instructor. I think I am only through the first hour or so of the first day but I am completely blown away. Zack poured his heart into this thing and it shows. People will talking about this for months. If you are interested in that workshop you can now purchase it from creativeLIVE. If you do studio lighting it is worth every penny.

Anyhow, this post is not all about that particular workshop, it's about learning. During the past few years my photography has grown by leaps and bounds. It is a big cliche but I have truly learned a ton. Watching Zack's presentation gave me so many "connect the dots" kind of moments. I knew one "dot" over here and one "dot" over there but Zack's instruction filled in the blanks and made that connection. And the timing was perfect because some of what he covered this weekend tied in to a shoot I did this past Friday.

A quick bit of background. Anyone who has used off camera flash has probably seen a shot like the one below at one time or another. 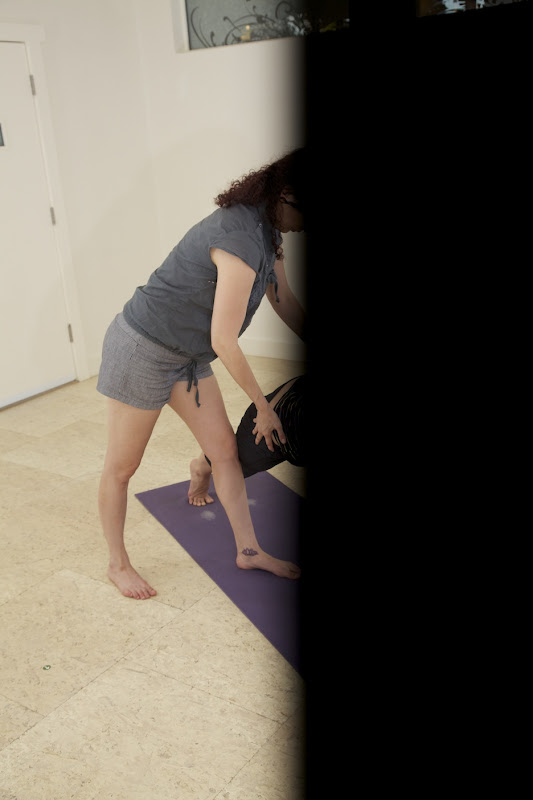 That shot is an example of what happens when you exceed the max sync speed of your camera. In this case I had accidentally bumped my shutter speed to 1/400th of a second, which is well above my max sync of 1/200th. So what happens? Well, here goes a quick explanation. There are two curtains on the focal plane shutter in your DSLR. The two curtains both move in the same direction. I guess one way to look at it is one curtain covers the shutter and the other curtains waits to cover the shutter. When the camera is "waiting" to take a picture, the shutter is closed. When you press the shutter button the first curtain moves across the sensor revealing it to the light. The flash fires once the first curtain is completely open. *POP* goes the flash. The camera waits for the duration of the shutter speed and the second curtain moves across the sensor (in the same direction) to hide the sensor from light and end the exposure. The black bar is simply the second curtain closing before the flash burst was able to expose the entire frame. The interesting part of the example photograph are the few specs of light on the top portion of the black bar. They are wee bits of ambient from the window at the top of the frame.

Zack's blog contained a pictorial example of the same issue but what is really interesting is that there is a bit of image degradation at the edge of the frame seen until 1/125th of a second, which is well below the max sync speed. You can take a look at those images here. The funny thing was I saw those images today and instantly made a connection to a shot I made this past weekend. Check out the image below. Can you see it? You may have to click on the image, which will bring it up on a white background, to see it. Anyhow, there is just a faint bit of darkened edge on the right side of the frame. In that shot my shutter speed was at the max sync speed of 1/200th of a second. The picture is not cropped and there was minimal post production done but the degradation was clearly visible. I noticed it in quite a few of the images but never made the connection until I saw the example on Zack's blog. I shot a quick image tonight to try it out. This final image was shot at 1/125th and is a similar light setup to my prior example. Thanks for sharing Zack!

Posted by Steve Coutts at 11:08 PM No comments: I'm kidding. The shot above was just a bit of a play on a similar photograph I saw earlier today. And, unlike some of the epic 365 shots I've done as of late, this one was quick and easy to shoot. I honestly cannot even remember where I saw the original shot but it immediately gave me the inspiration to try my own take.